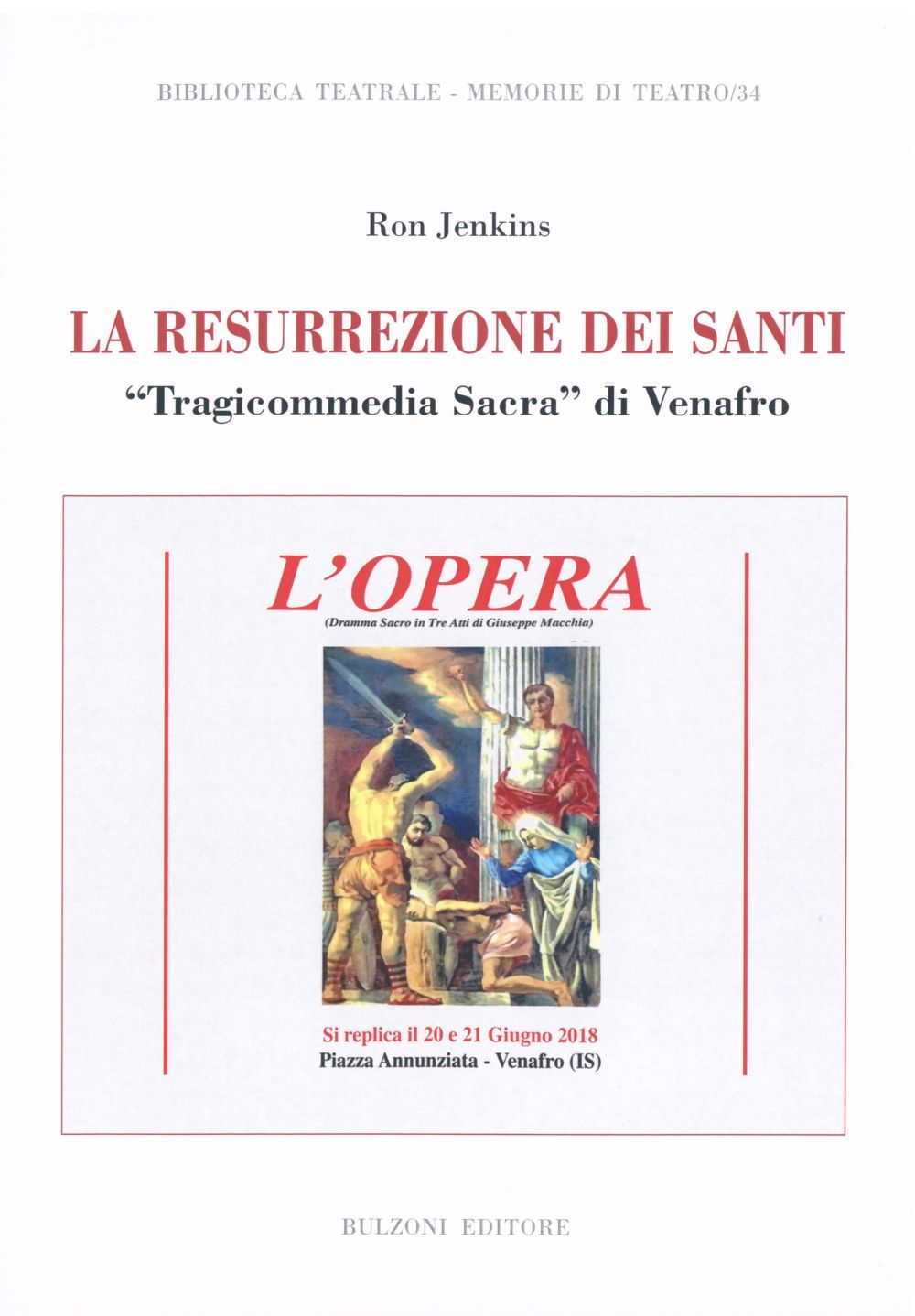 The Resurrection Of Saints – “Holy Tragicomedy” of Venafro

The Engineer Antonio Buono S.r.l. enterprise had the pleasure to contribute to the publication of this text.

Theater is an art of small miracles. One of these small miracles takes place whenever “Religion Triumphant” is staged in the tiny mountain town of Venafro, Italy, where the citizens have preserved it as a living form of sacred theater to express their devotion to the Patron Saints that are at the heart of the town’s identity.Written in 1792 by Giuseppe Macchia “Religion Triumphant in the Martyrdom of Saints Nicandro, Marciano, and Daria” is a triumph of theatricality. The play is little known outside Venafro, but it is packed with elements of great theater: epic conflicts, tragic injustice, compelling characters, supernatural interventions, provocative comedy, heartbreaking family separations, madness, tyranny, beheadings, political revolution, and spiritual resurrection. These elements are woven together in a complex structure that recalls the classic theater traditions of the past from Ancient Greek Drama and Medieval Mystery plays to Italian Commedia Dell’Arte and the modern masterpieces of the Nobel Laureate Dario Fo. This book includes the text of Macchia’s “sacred tragicomedy” along with the testimony of the citizens of Venafro who have performed the text for centuries to help keep the memory of their Saints alive.

Ron Jenkins, a recipient of Guggenheim and Fulbright fellowships, has directed and/or translated the plays of Dario Fo and Franca Rame at Harvard’s American Repertory Theater and other venues throughout North America. A Professor of Theater at Wesleyan University and a frequent Visiting Professor at the Yale Divinity School, Jenkins is the author of numerous books and has been named an Honorary Fellow of the Dante Society of America in recognition of his work staging excerpts from Dante’s “Divine Comedy” in prisons throughout Italy, Indonesia, and the United States.