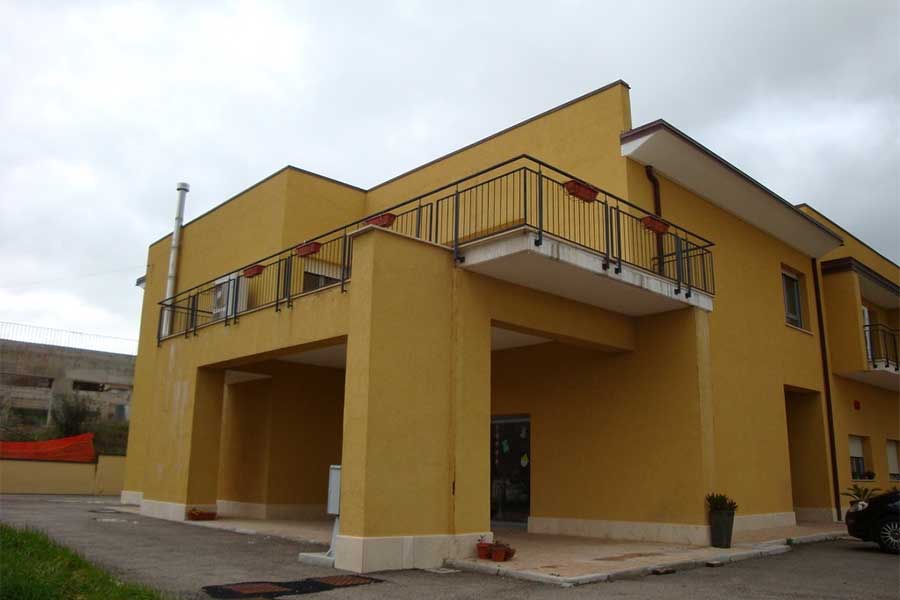 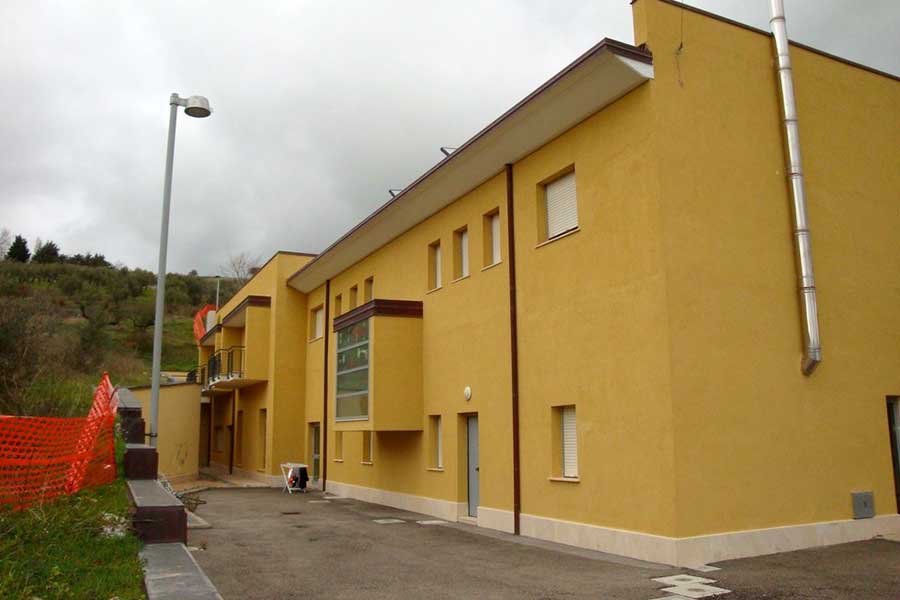 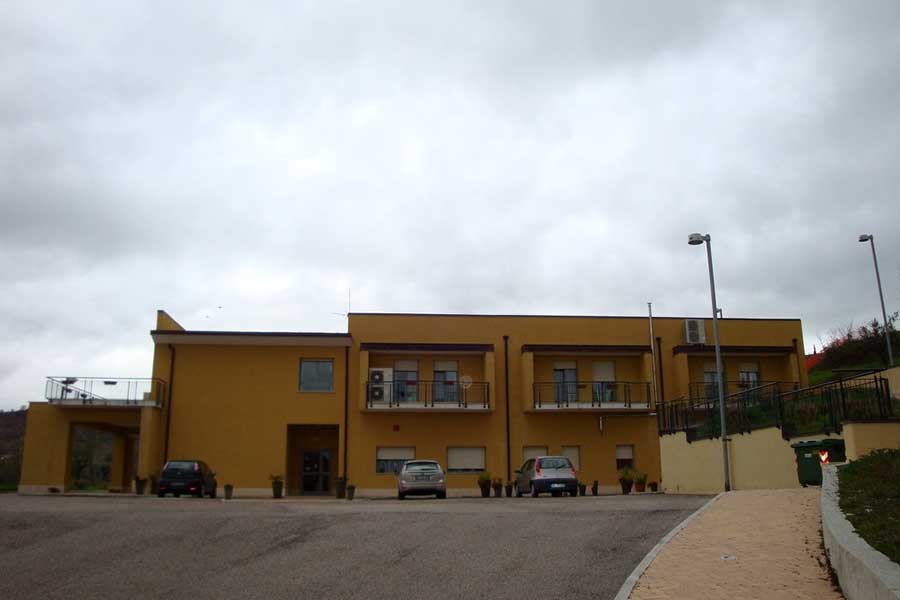 Nursing home for the oldest in San Giuliano di Puglia

The municipal administration of San Giuliano di Puglia is the beneficiary of a loan, within the Multi-year Program of Interventions for Production Recovery in the territory Molise (Sector of intervention G4), for the construction of a socio-health structure-assistance for the elderly.

The intervention wants to solve the condition problems of the guests. The reasons are the lack of care and inadequate housing. It is in residential structures, where the elderly spend much of their time, that optimal conditions of environmental and psychological livability must be guaranteed.

Housing is the essential living space for people who are no longer able to cope with adversity and limited in their movements. The home is the place of personal space, values and memories and helps define the identity of those who live in the structure. This is the reflection that best suits people who need to preserve their identity as a support in the fight against premature ageing.

2. Location of the intervention and town planning checks. Within the Reconstruction Plan of the municipality of San Giuliano di Puglia, an area has been identified for the construction of the work. It fits on the edge of the urban centre in an easily accessible context on foot.

The site object of the intervention falls within the territory of the municipality of San Giuliano di Puglia, in the locality of Colle Monte, and is reported in the cadastre at Sheet n.6 Particle n.84.

For the construction of areas destined to public and private services, the Reconstruction Plan refers to the technical standards for the implementation of the current P.R.G. that, in Article 8, zone F – Public Facilities and Services, indicate the types of intervention and foreseeable destinations and establish the land use index in 3 cubic meters per square meter. The planned intervention fully complies with the Plan forecasts, both for the type of intervention and for the planned destinations, and the volumes that are realized, equal to 3595 cubic meters, are much lower than those achievable of 4060 square meters. x 3.00 cubic meters / sq = 12.180 cubic meters.

Starting from the concept that it is important for the elderly to remain part of the community and not to be in physically and socially isolated areas, this area has been chosen because it has the essential characteristics that can be found in the following points:

medical services accessible within a short time;
collective services such as churches, communitycentress for the elderly, etc., accessible and usable immediately;the presence of structures to preserve existing family and social ties;
it is not exposed to sources of chemical, acoustic and visual pollution;
it is not separated, from the commercial and central area, from large roads or from areas subject to constraints or servitude that prevent it from crossing;
through pedestrian paths, the elderly can reach the desired points.
The area is served, downstream, from the Fratta Olmo Municipal Road, and upstream from the Strada Provinciale Adriatica. 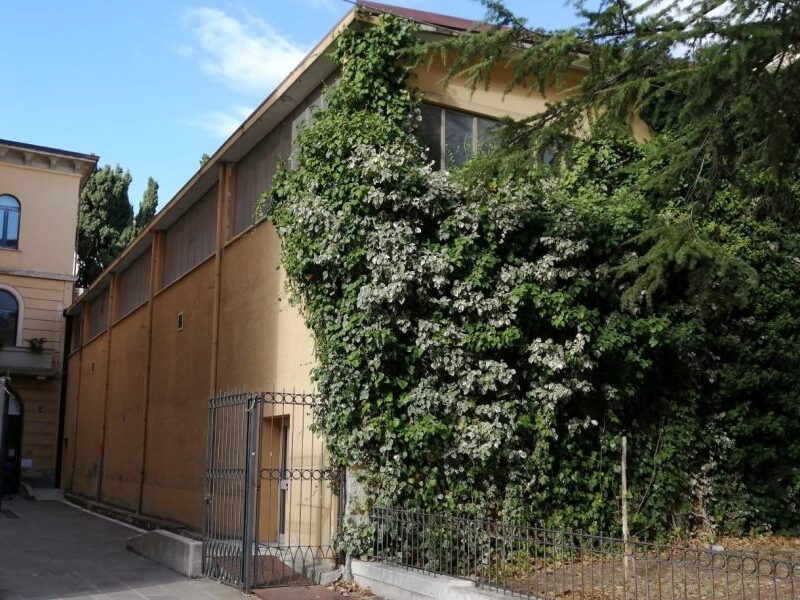 Gymnasium Of The Institute “L.Pilla” Of Campobasso (CB) 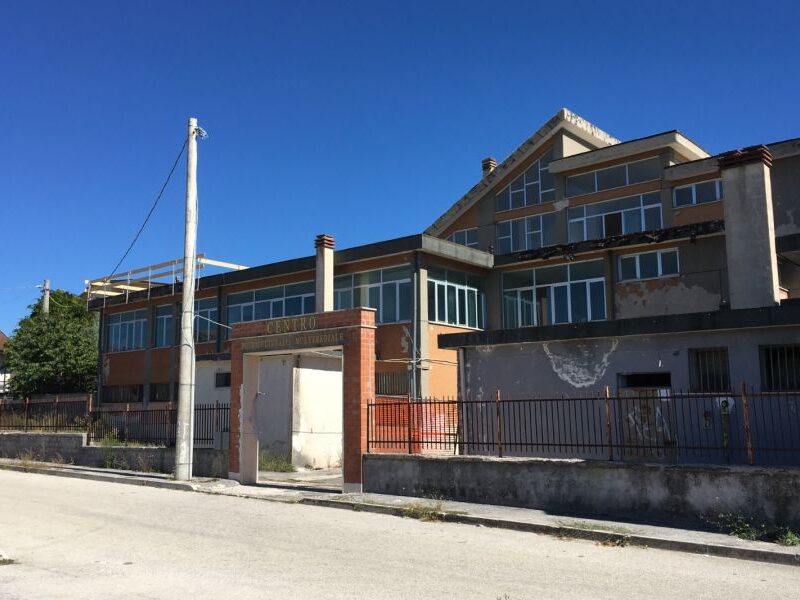